Can Vitamin D really help prevent you from developing cancer?

Once only associated with strong bones and teeth, new scientific research is finding that Vitamin D can cut your risk of developing common cancers by as much as 50%.

Says Sara Hiom, head of health information at Cancer Research UK, “There is evidence to suggest that the vitamin (Vitamin D) plays a role in keeping cells healthy.”

Researchers in the U.S. have found that the “natural” form of Vitamin D, D3 or cholecalciferol, can dramatically cut our chances of getting breast, ovarian, colon, and prostate cancers by up to 50%.

As a matter of fact, researchers are telling us that they have known about the link between Vitamin D and a decreased cancer risk for years.

Well my question to them is this… what has been taking you so long to tell us?

They say that up until just recently, they did not know the levels of Vitamin D necessary to provide this decreased risk.

What current research is now finding is that the optimum amount of Vitamin D necessary to reduce your risk of developing these cancers is 1000 IU. This is two and a half times the Recommended Daily Allowance of 400 IU set forth by the Food and Nutrition Board of the Institute of Medicine here in the U.S.

Many experts now believe that the current RDA of 400 IU for an adult is too low and does nothing more than help ward off chronic bone diseases such as rickets and osteoporosis.

Recently, an article appearing in the American Journal of Public Health, after reviewing 63 independent studies, concluded that thousands of lives might be saved each year and thousands more cancers prevented by folks taking supplemental Vitamin D.

Professor Cedric Garland of the University of California in San Diego who led a major study on the relationship between Vitamin D and cancer risk said this, “A preponderance of evidence, from the best observational studies the medical world has to offer has led to the conclusion that public health action is needed.”

This public health action he advocates is the education of the public concerning Vitamin D.

What form of Vitamin D is Best?

Remember that your body has the ability to manufacture its own Vitamin D through direct exposure to sunlight. This form of Vitamin D is called Vitamin D3 or cholecalciferol. This of course is the best form of the vitamin.

The synthetic form is Vitamin D2 or ergocalciferol. This is what is used to fortify milk for instance. It is estimated that it takes twice as much D2 to get the same benefit as Vitamin D3.

Unfortunately not all of us can get the required amount of sunlight necessary to produce enough Vitamin D3.

And of course, the cold parts of the year can keep most of us indoors or bundled up when we do head outside.

And also unless you eat lots of oily fish, you are not going to get your 1000 IU there either.

Professor Garland warned about the dangers of overexposure to the sun, “Dark-skinned people, however, may need more exposure to produce adequate amounts of vitamin D, and some fair-skinned people shouldn’t try to get any vitamin D from the sun. The easiest and most reliable way of getting the appropriate amount (of Vitamin D) is from food and a daily supplement.” 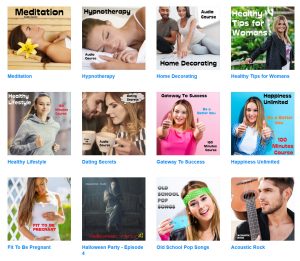